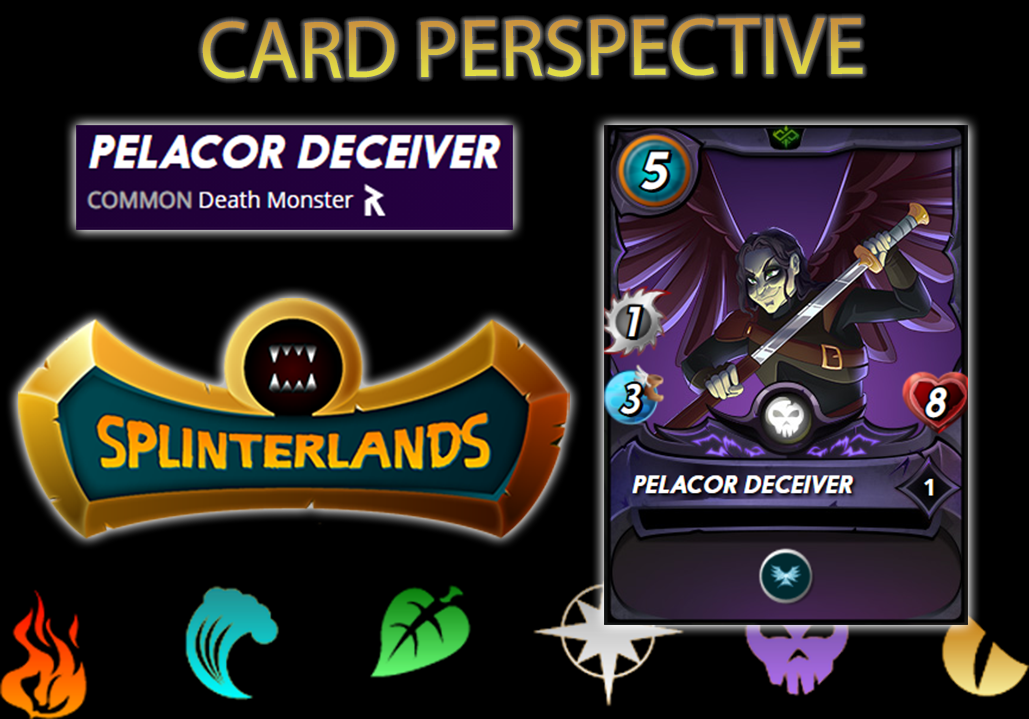 With the recent release of the new 21 reward cards. I know some might be curious including me if they will be useful on the coming battles to play this new season on where and which league they might show their full potential.

I would like to share my own perspective or opinion regarding the new 21 reward cards and on this blog it will be the Pelacor Deceiver.

Pelacor Deceiver is a death and common monster card with a melee attack that uses 5 mana.

This card will be useful once it reach level 3 as it attack damage increased to 2 even though without an armor its HP is 8 which is I think is good enough to be put in the first position.
Compared to other death card: Animated Corpse (4 MANA, 1ATK MELEE, 1 SPD, 6HP +NONE) it is obviously better but if we compare this to Hunted Spirit (5 MANA, 2ATK MELEE, 2SPD, 7HP +HEAL) I would still choose Hunted Spirit because of its heal ability I know that Pelacor Deceiver has proper speed and flying ability to evade but choosing that would just make the game a chance of evasion or hoping that the enemy card has just 1 speed.
Using a level 6 Pelacor Deceiver will acquire the card a new ability called Backfire which allows the card to damage to monster that attack him and miss with 2 damages and on level 10 it unlocks the ability Retaliate that gives chance to attack attacker back when Pelacor deceiver was hit with Melee attack.

Comment if you got an idea or suggestion to improve and things that I have missed.

Congratulations @naivebayes! You have completed the following achievement on the Hive blockchain and have been rewarded with new badge(s) :