How I Came to Join Splinterlands at Exactly the Wrong Time...

@alberich 43
about 2 months ago
Splinterlands

I had pretty much made up my mind it was worth investing 10 bucks in a spellbook. I watched a few videos. I was inspired by a video by an established player where he talked about starting small three years ago and slowly building assets to his current impressive level. (Nothing against that player - when he made the video it was still possible to do that...) So I took the plunge and bought a spellbook just in time for the dev team to completely nerf bronze rewards. 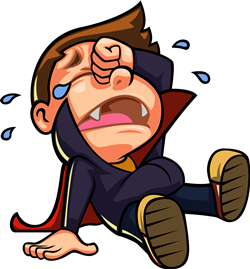 The new user experience was devastated. Ground zero. It was very, very, very annoying. To this day, there is zero incentive for new players to join the game (unless they know the score and have thousands of dollars to invest).

I did what many other people did, I whinged, I made snide comments on Discord. I think we had (have) a valid grievance, and I don't think it has ever been properly acknowledged by the devs/established players. They may have had compelling reasons to do it. Sure, they had a problem with bots playing multiple accounts using starter cards, eating up the reward pool without contributing anything to the economy. And I know rank reward changes are in the pipeline. We shall have to see how they pan out. I can't imagine how rewarding people for playing longer is supposed to disincentivize bots...But we just have to wait for now.

I know the dev team are keeping 17 zillion plates spinning at the same time and I know their job is far from easy. Anyway - I stuck around. I invested. In the bubble. Bought cards. Staked SPS. I don't really enjoy battles very much, and, to be honest, I'm not especially good at it. It's fun to play every now and then, but I quickly get bored with it. And, right now, battle rewards are pitiful. At lower levels, at least. I'm focused on renting out cards. I'll cover that in another post. The DEC I earn from renting go towards buying and maxing out more cards to rent. I also play other games which bring in a few tokens. By convoluted routes I can convert them into credits to buy more SL cards. That's about where I am at the moment. Hope everyone is well. If you agree or disagree, or have anything to add, please comment below.

I feel the pain. Atleast you are in time to get some sweet SPS airdrops.
The incentive for new people to join is waaaaaay to low i.m.o. so i think in the long run not enough people will join to sustain the eco system.

Thanks! I got over it. It annoyed me that our concerns just seemed to be brushed aside. I think they really need to do something to attract new players. There are people who think the current player base is enough to sustain the game in the long run. I don't know...it's a waiting game :-) (Now I have another problem. I had to wait hours for enough RC to build up before I could reply...I feel another post coming on :-) )

Wonder if your deck is worth more in three years time, like the player in your post. We can all hope otherwise all the cards might go to zero.

I guess it's possible that cards might go to zero. I doubt they'll ever go the extremes in value that some of the early cards did. They'll probably rally to a certain extent as changes (hopefully improvements) are rolled out.

Well all time highs are never a good time to invest into something for starters. Second if you don't enjoy playing the game, maybe this is not for you, since it is after all - a game. It's supposed to be played and fun. It was never supposed to make you rich in a couple of month (if ever) nor pay you a salary.

It's a game with the benefit of you owning your assets and having the possibility, even if ever so slightly, to earn something from playing. This alone is groundbreaking when compared to traditional games.

I think the shear fact that you are able to rent out the assets you bought and don't enjoy playing with to other players and make a return (again, even if it's very small) is absolutely amazing. Give this space a couple more years and things will be figured out properly. Maybe Splinterlands won't be around by then anymore, but as of now they are at the top of the industry with their product and team.

Thanks for your input. I never expected this game to make me rich quick. What irked (irks) me is that they made long-term, slow growth impossible. Every time anyone mentions it the 'get-rich-quick' card is deployed. Hey @alberich, here is a little bit of BEER from @torran for you. Enjoy it!

Congratulations @alberich! You have completed the following achievement on the Hive blockchain and have been rewarded with new badge(s):