I hope everyones having a nice week so far. for this week's fan art I decided to create an illustraion based on the SplinterLore of "LORD ARIANTHUS".

"While passing through the galaxy on his starship, the great and powerful Lord Arianthus noticed signs of life on a planet below. Apparently monsters of all sorts were battling one another in endless competition. Lord Arianthus, enjoying battle and competition very much himself, decided to land on the little planet. He would show these puny monsters the meaning of defeat!" - SplinterLands

The Arrival of Lord Arianthus 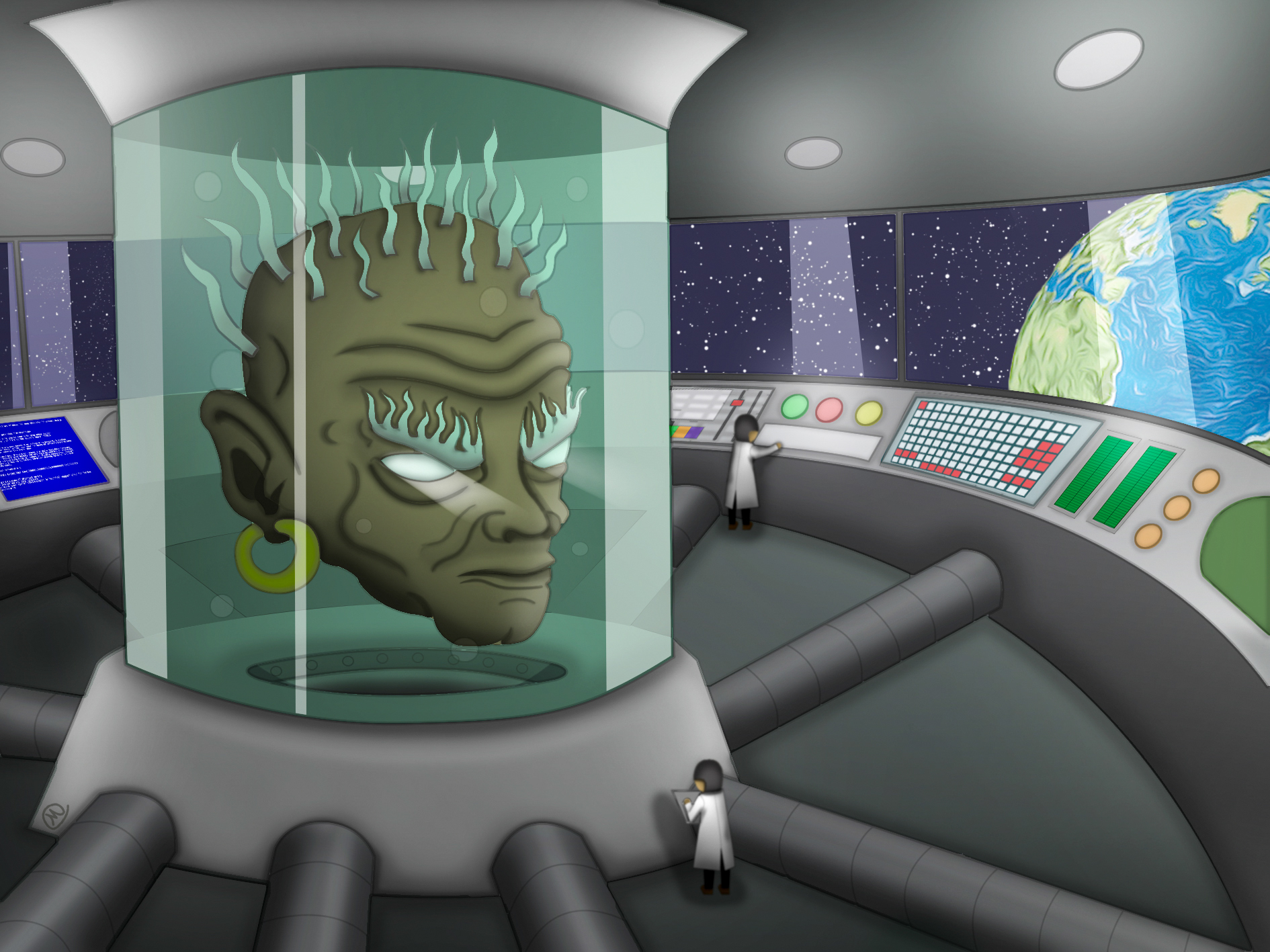 Below are the process during the creation of this design. 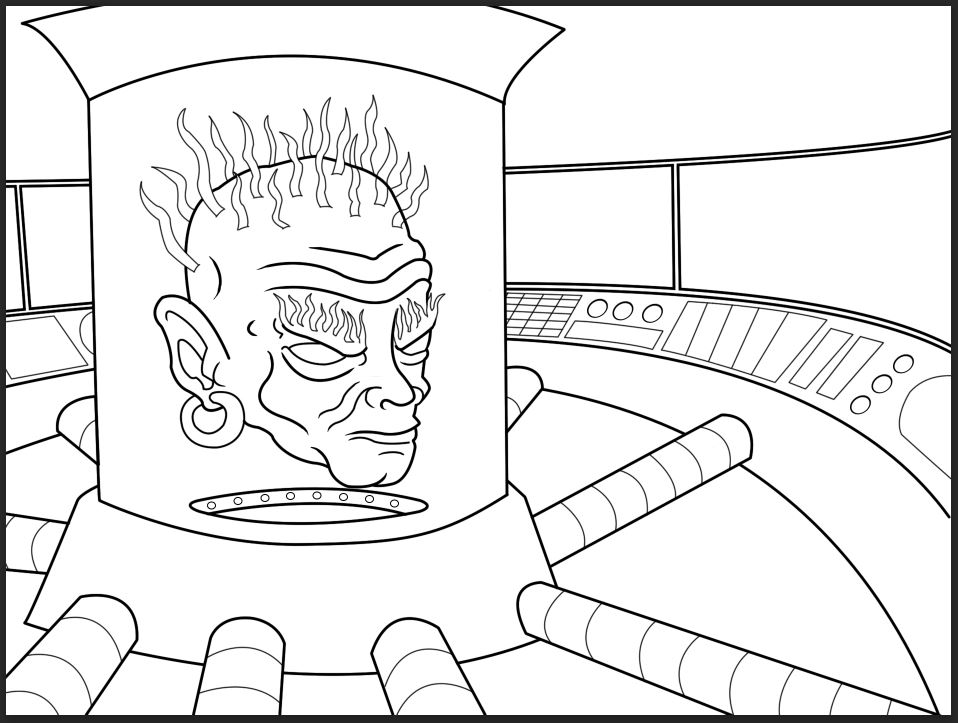 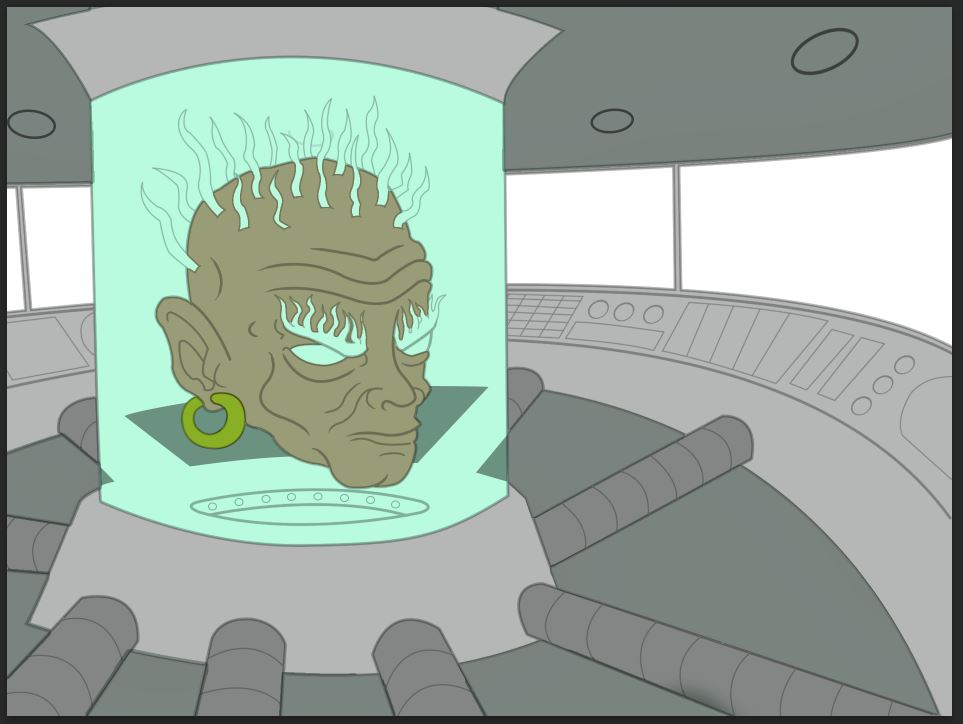 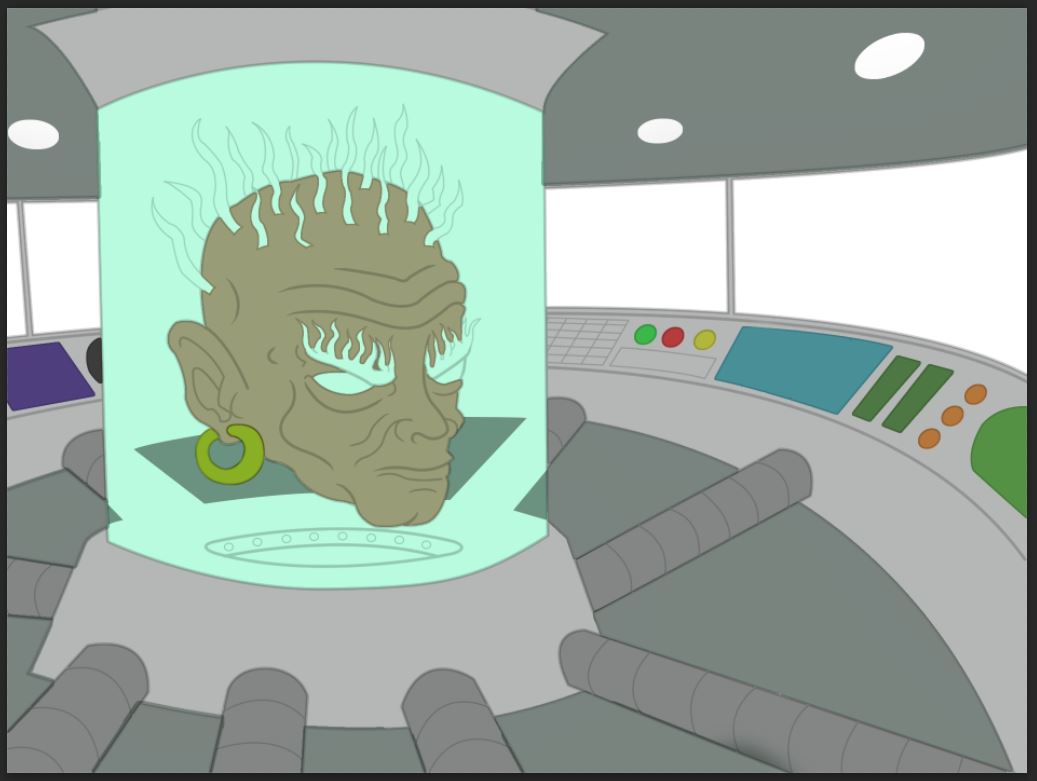 After the colors was done we can now start with the shading. with that I started doing the shading with the head first. 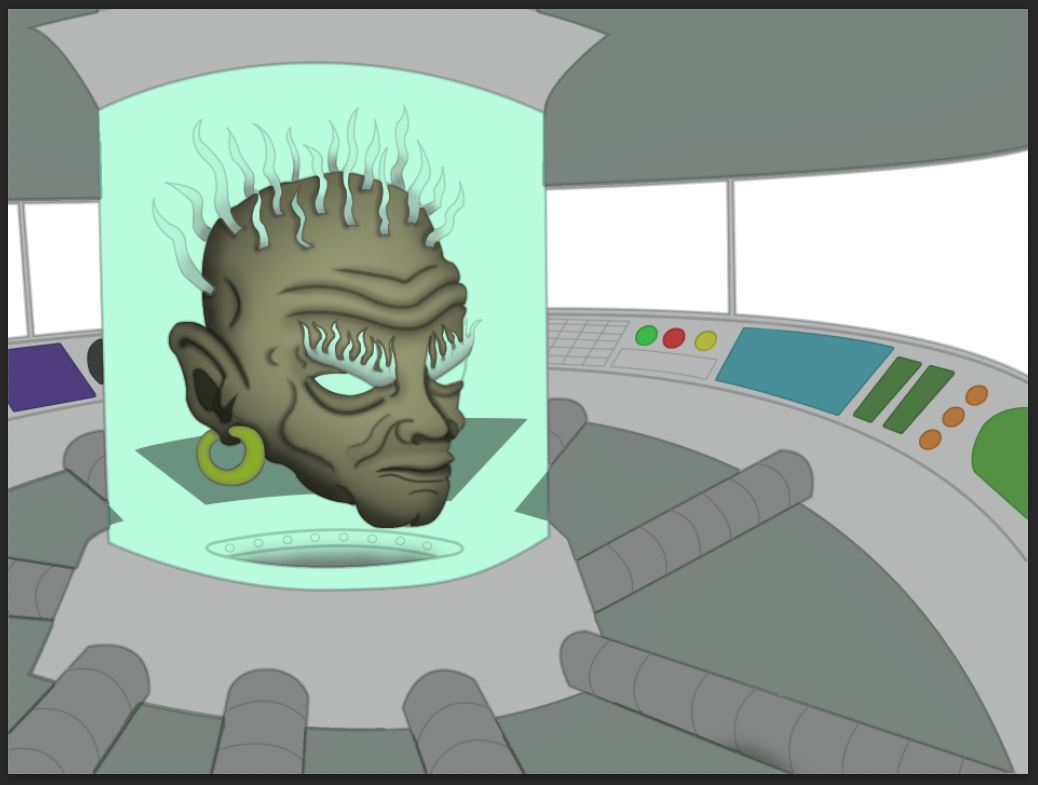 Next are the surroundings. 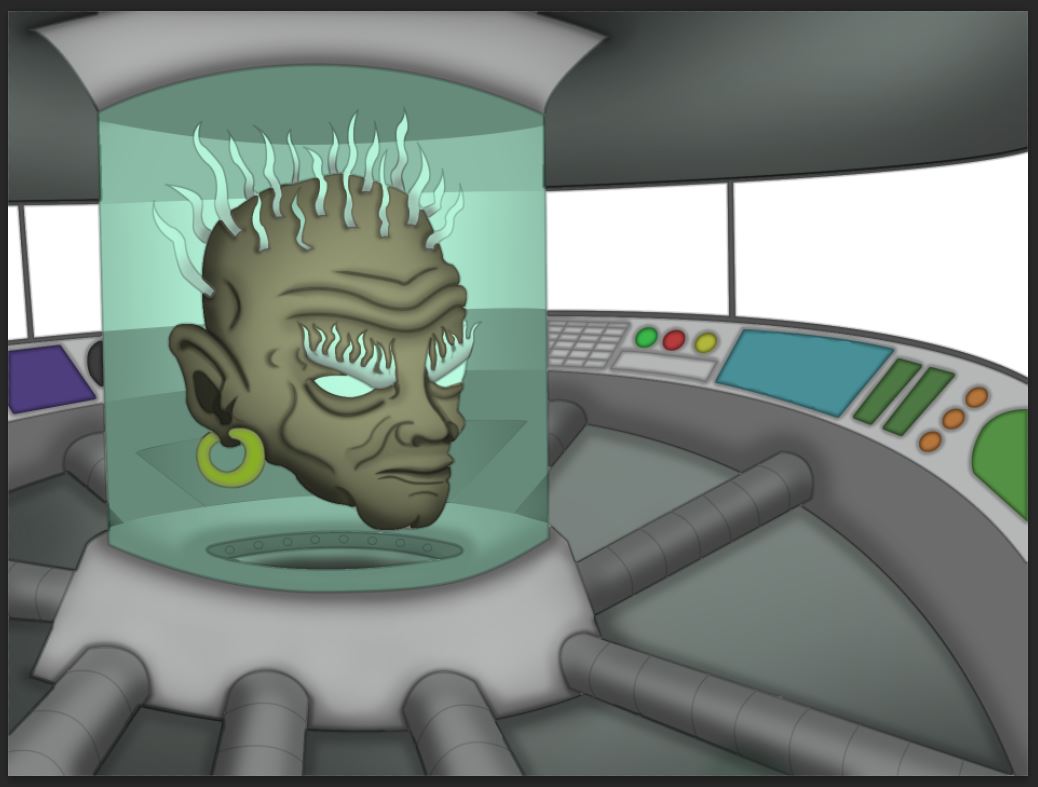 During this part I thought that the shading was still lacking so I put more shading again on parts that needs it. 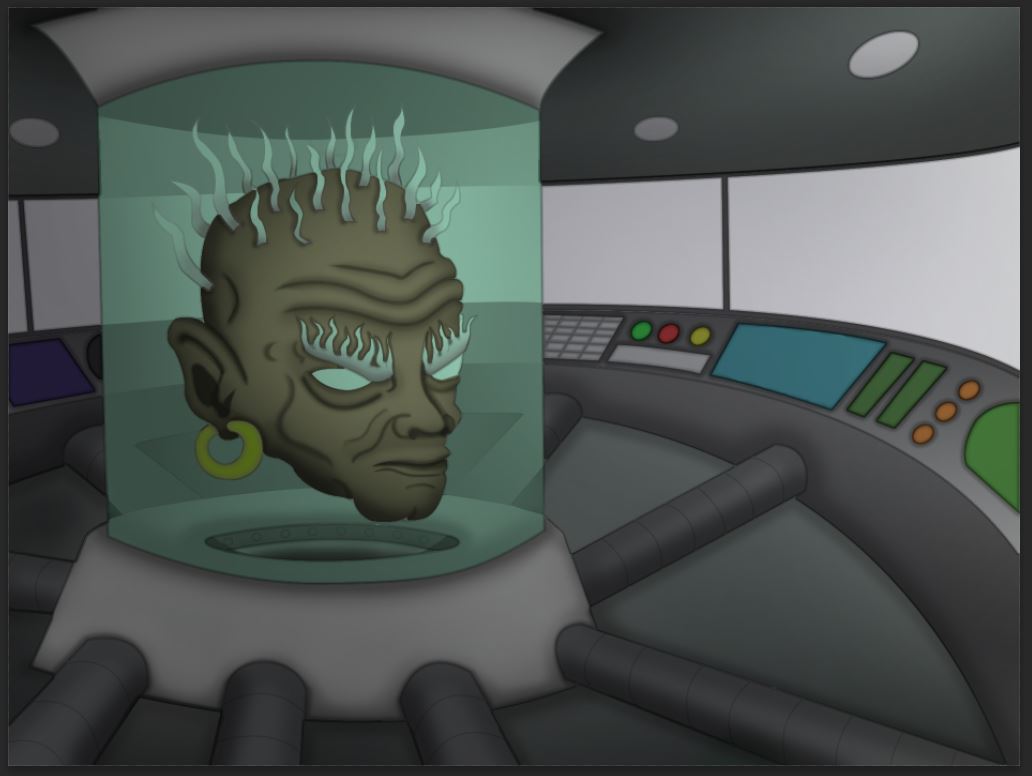 After the shading its fine if we end up with a darker design since the next step will be the highlights, So I start highlighting the lights above first and creating highlights on the glass too. 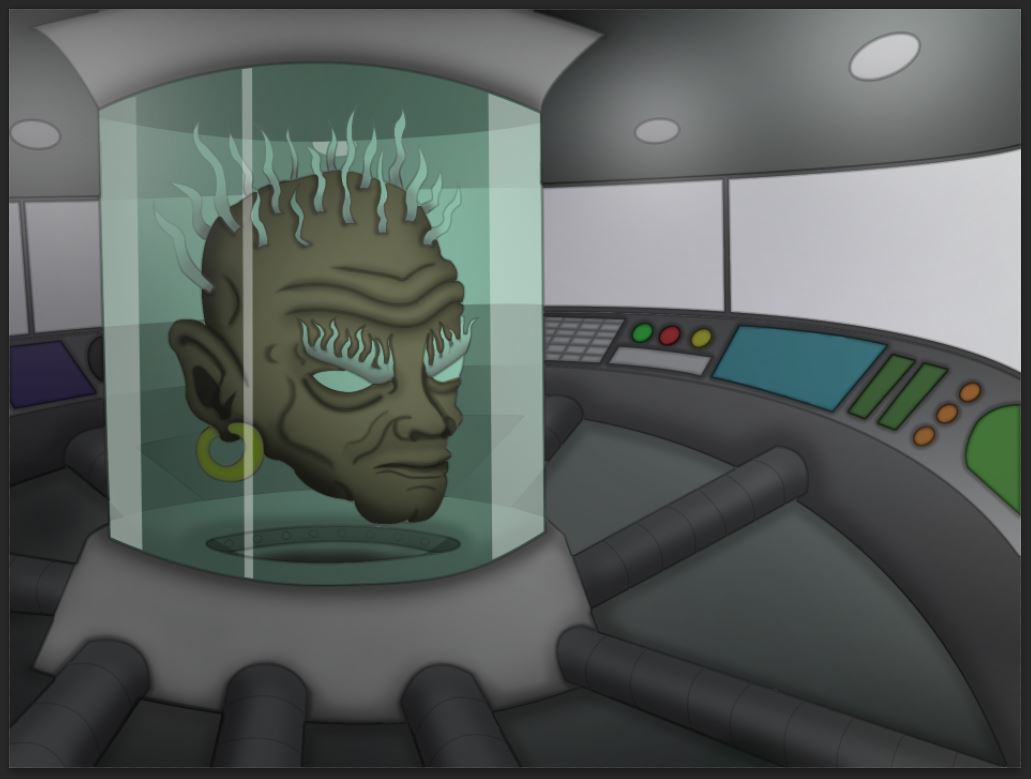 And again next will be te surroundings and also those bubbles inside the glass. 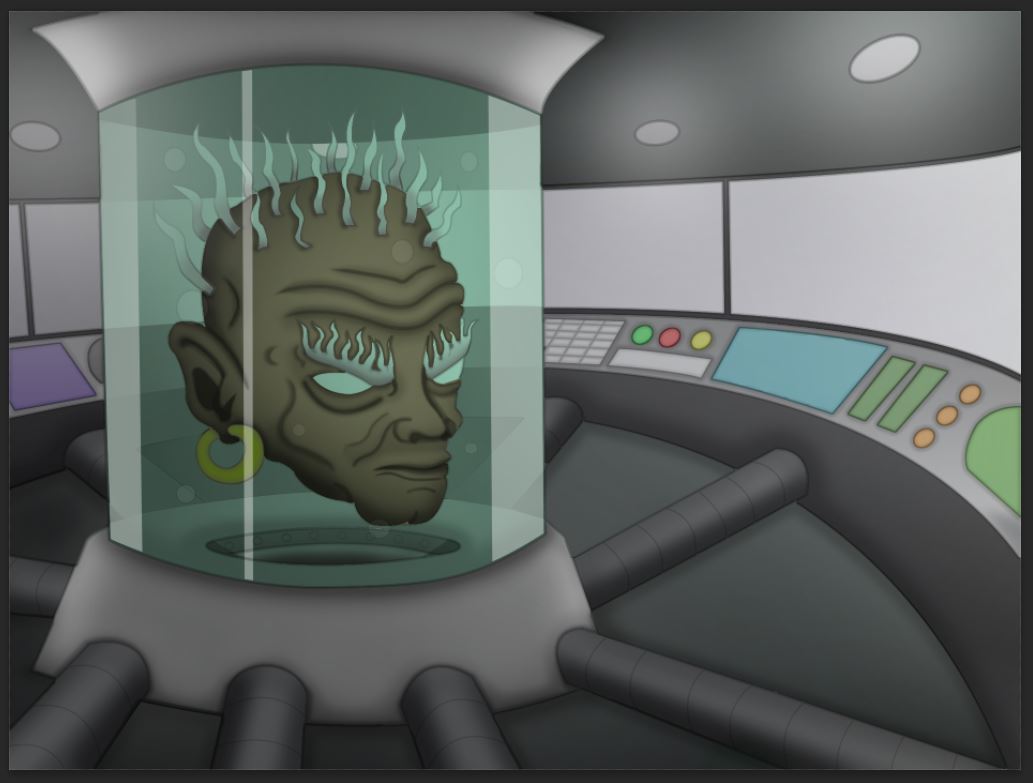 on this part I added some lighting on the window glass and also decided to create light coming from lord arianthus's eyes. 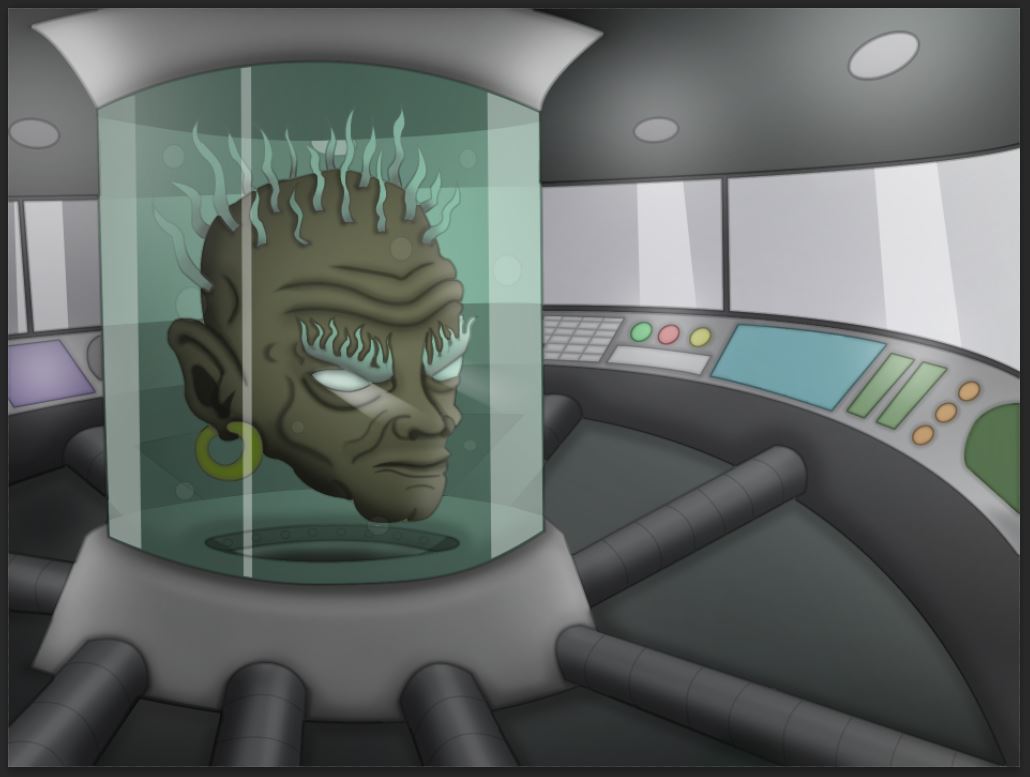 We almost have a finished work after the steps before but i still think that the spaceship desgn is a bit simple so I created another layer and make some designs that I'll use for additional 'specs'. and also the original drawing have people innit so I created some mini scientist too. 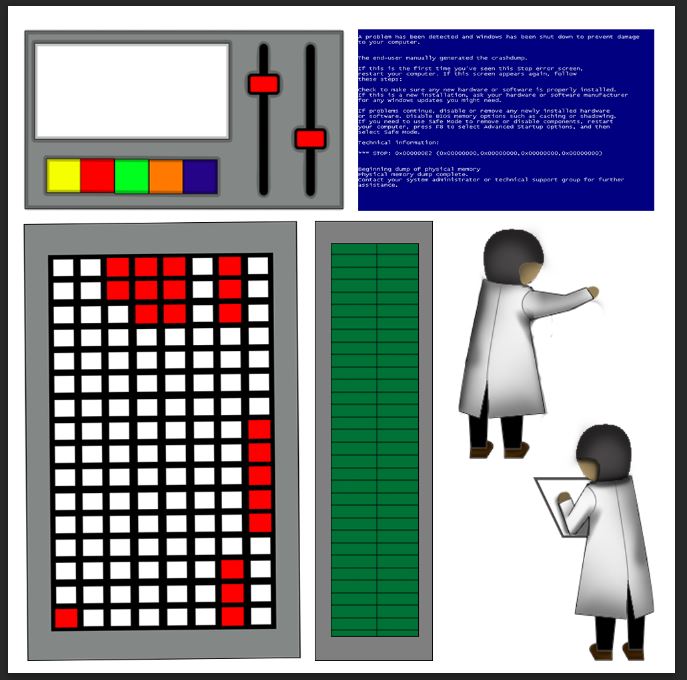 The 'BSOD' or blue screen of death was only an additonal design because i just thought
putting it there was cool. XD

So after we finish making the additional specs we just need to put them on the design. 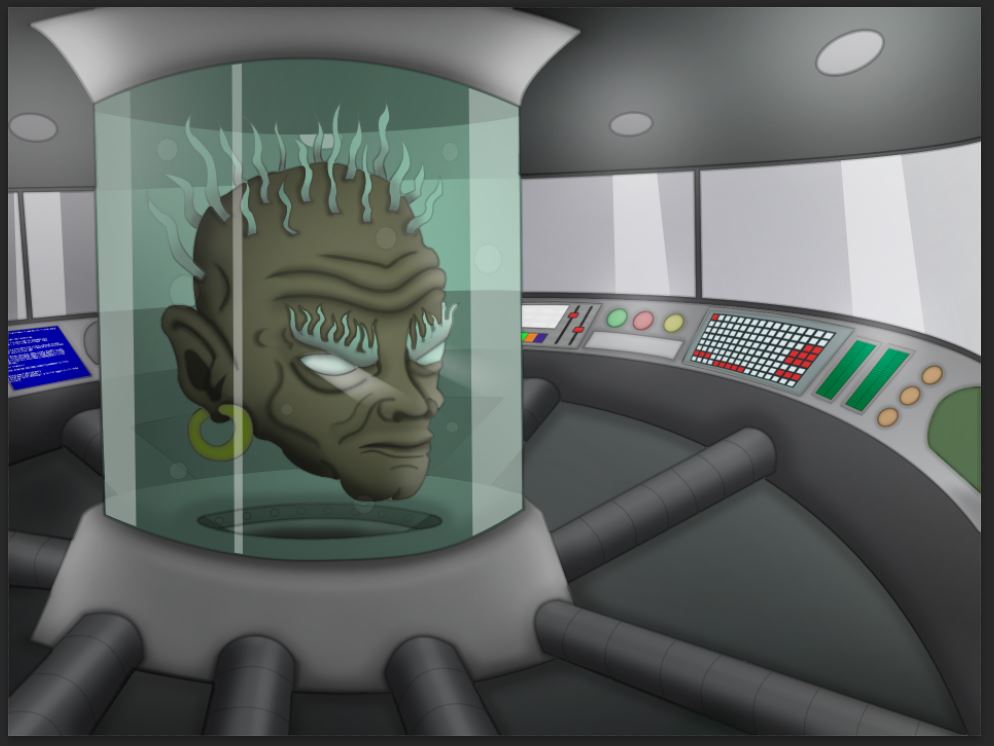 after adding the additional specs, next step will be creating the galaxy view from the starship's window. 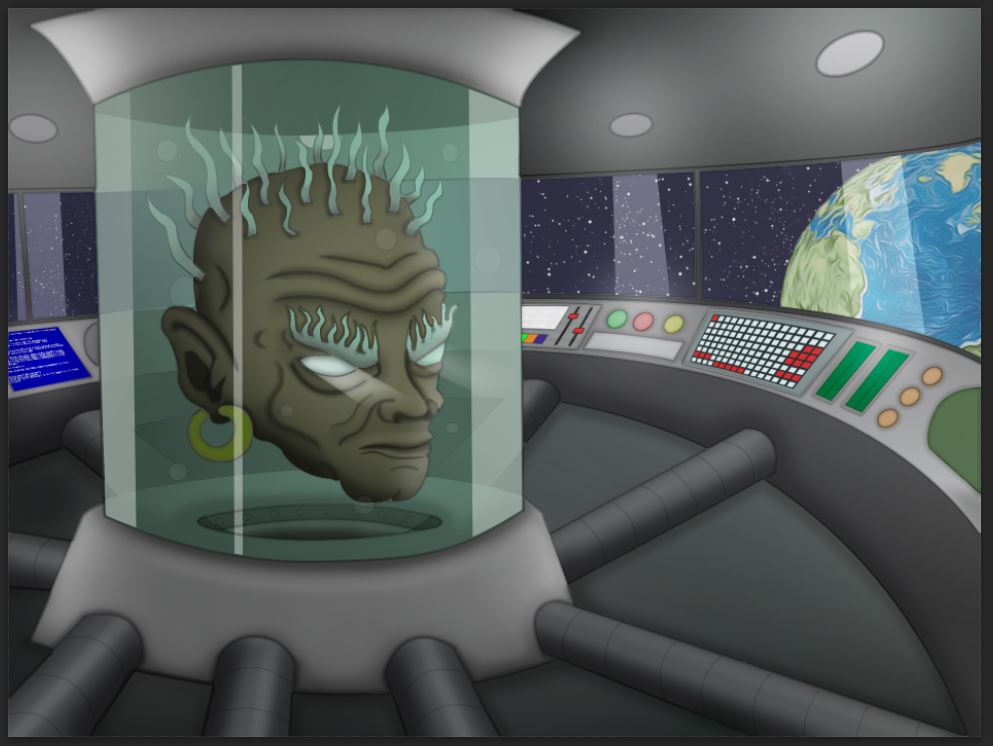 now we add those little scientist. 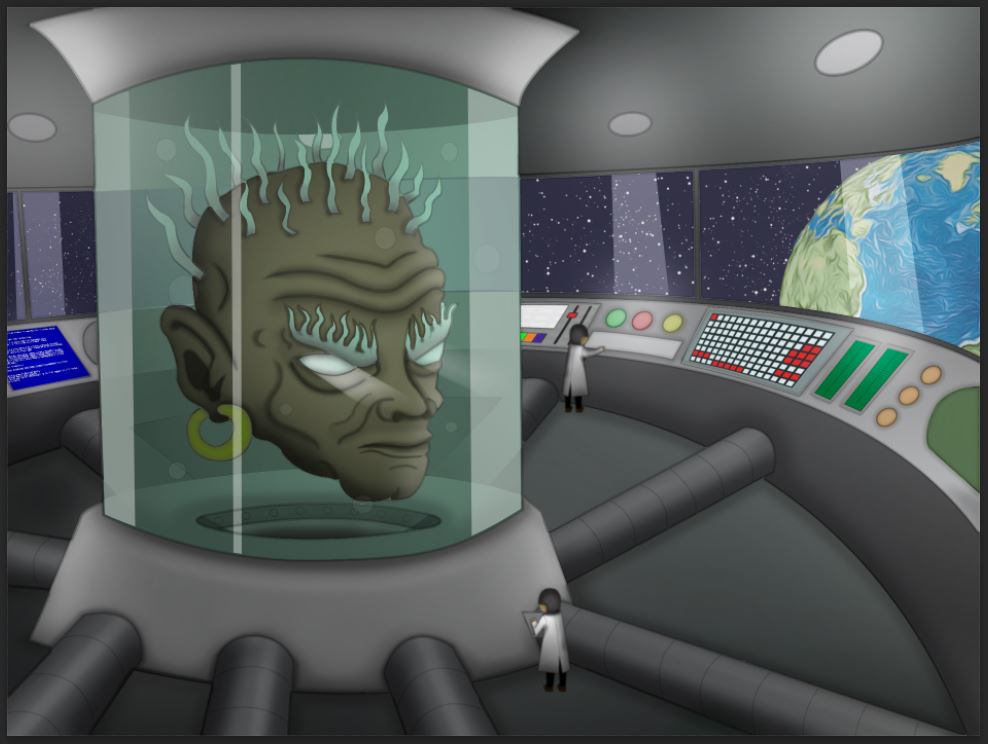 For the final steps, I add some shadow to the scientist and put my signature on the design. 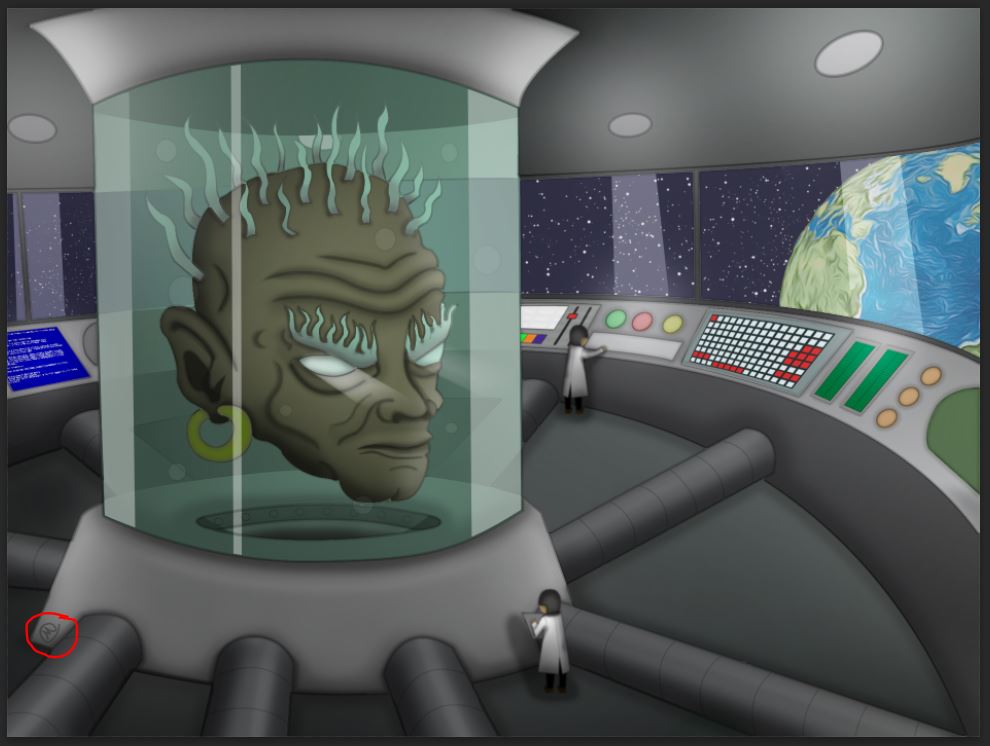 - Final Output
I ended up with two final output, first is the original output and the second one was after doing the adobe photoshop image advancement. 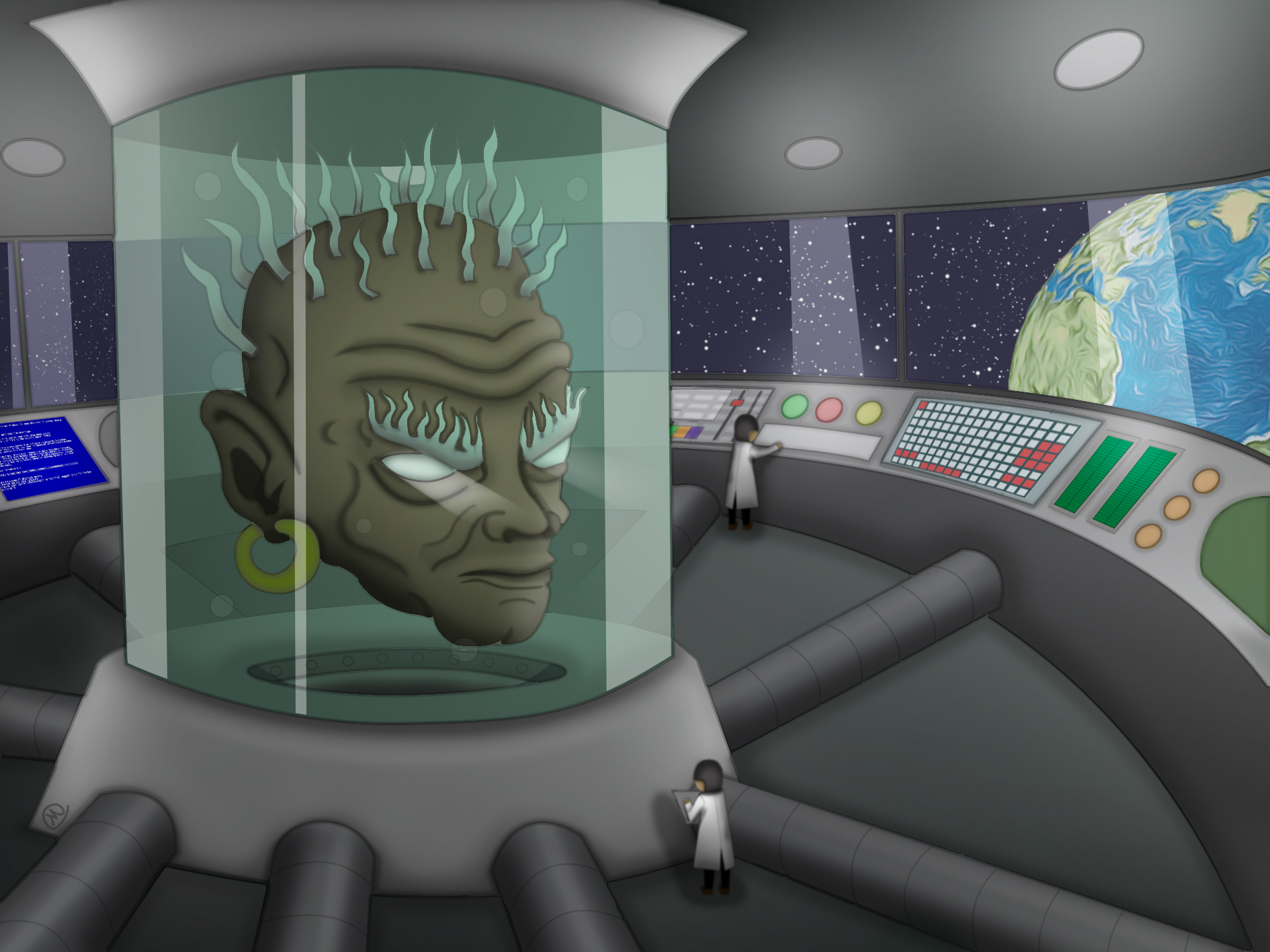 So thats it, I hope you enjoyed reading my work the same as I enjoyed doing this fan art.

Feel free to visit my previous posts below.

My introduction to Hive Community
https://www.splintertalk.io/@mustachio12/my-introduction-to-hive-community

thanks and see you on my next art. :)
Cheers!

That looks cool! Love the step progress to finished. He's an alien indeed. Thanks for bringing us outside the earth keep it up!
!1UP !PGM !PIZZA

thanks man as always.

Congratulations @mustachio12! You have completed the following achievement on the Hive blockchain and have been rewarded with new badge(s):