I'm giving away all the liquid HIVE Dollars this post generates via a free raffle. No upvote, Rehive or Follow required (Although doing one or all three is greatly appreciated). Last week we had over 25 entries and I hope to improve on that number this week.

Having trouble deciding on what to reply with. Let me help you with that. Name any Splinterlands monster from the Chaos Legion set (try not to repeat monsters that others have already said). Don't play Splintelands. No worries as always any comment counts towards a FREE raffle ticket. 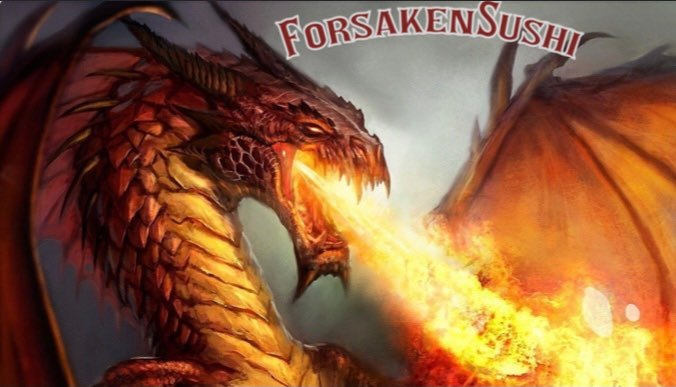 Forsakensushi is new to the HIVE Network. Their Hive Profile says they joined this awesome network in August of 2021. A quick glance of their HIVE blog tells me they enjoy playing Splinterlands. This Hiven is also a Stock Market Investor. Forsakensuchi latest post discusses the current state of Chaos Legion General Sale 1.0 or Phase two as some call it. Also included in the same topic is their daily quest reward earned from playing ranked battles in Splinterlands. To visit their latest post click the following highlighted link, Chaos Legion Phase 2, Daily. Every *week a new participant in this HBD giveaway will be randomly picked to be featured in the following weeks HBD giveaway post. HBD has been sent.

Goblin Psychic! I reblogged it! Thank you for the giveaway!

Awesome! Thanks for the giveaway! I'd like to say that Doctor Blight is my favorite Chaos Legion card but that dude's price has got to stop falling so hard!
!PIZZA

I voted and reblogged. I tried to play Splinterlands but I get slaughtered every single round so I can't name any character. It's all just carnage to me. I'm always up for raffles. Hopefully I have better luck with it than I do with Splinterlands lol

Making my bid -- someone must plant the flag as three-time winner, and I volunteer for the mission!

As always I'm routing for you.

Sure thing, get that blinker fixed. $LOLZ Hey @darkflame, here is a little bit of BEER from @rentmoney for you. Enjoy it!

Hey @rentmoney, here is a little bit of BEER from @darkflame for you. Enjoy it!

Quite a sharp turn!

Hey @vasilstefanov, here is a little bit of BEER from @rentmoney for you. Enjoy it!

Reblog till the day I die!!!

Magi Necrosi is my favorite out of the CL Cards I think! Although the Torrent Fiend is very high as well!

I'm here for the free money. However, my Chaos league packs were pretty shitty, I regret opening them. I probably would have earned a lot more by selling them but I'm hopeful the price of the cards might be worthwhile in a couple of months. I did get a few rare cards so maybe my luck hasn't entirely run out yet.

I think I'll give it a go. Reblogged.

Let's give it another try.

@luvshares 57
10 months ago
@rentmoney, this comment has been manually curated with LUV

The one CL pack I opened was pretty mediocre, but Riftwing was the monster that stood out the most.

Awesome initiative first time I have come across this, where have I been for the last 20 weeks. Anyway my splinterlands card I'm going to mention is old school, flesh golum beta . This card on level 3 is more powerful than most rare or even epic cards despite being a common. It's definitely reflected in the price

That is an awesome card.

Good luck in the raffle.

its awesome, please add my name in the draw.
Thanks

Wahooooooo! Thanks and I hope I win. :D
!PIZZA

The day I can pay one month of mortgage with a HBD raffle win I'll stop working, nah just kidding I like my jobs mostly because it's not for a boss :-P

I don't remember the name of any Chaos Legion card off the top of my head so I will just leave this as my entry.

Its like the God of RNG has turned it's back on me. Oh well. I try, try again. w/ reblog

Not playing Splinterlands but I do give out !LUV
Also to somebody who's like to support my the Sport City community by the way. Wait I'll link it for you:
Sport City. I hope you'll allow me this attempt to make a bit publicity here, @rentmoney... Getting a bit desperate...

Did someone say free HBD?

Did I actually manage to win last week's giveaway with my last minute entry? 😱 That's amazing! 🍀
Enjoy this slice of !PIZZA 😄🍕
Reblogged this week's post too 👍

@blitzzzz, sorry! You need more to stake more $PIZZA to use this command.

please count me in and reblogged too
@pravesh0

I !LUV this new Carrion Shade I just won in a Chaos Legion Giveaway by @bernaku. Reblogged and I think this is my lucky week to win.

Count me in! Also, I reblogged it!

Thanks for the boost @ecency and @gregor-f.

lolztoken.com
How many magicians does it take to pull a rabbit out of a hat?
One. It's a trick question.
@rentmoney, I sent you an $LOLZ on behalf of @forsakensushi
Use the !LOL or !LOLZ command to share a joke and an $LOLZ. (1/1)
0
0
0.000
Reply

cool idea. Ive become more interested in HBD since the 10% apr came out. It seems like a pretty safe way to earn.

I love the chaos dragon...

Great Stuff!
Beer, beer, i am going for beer!

Still have to study the new cards, but the river nymph is one of my favourites

Love these types of contests!

I really like the new summoners from Chaos Legion which is Tarsa dan Kelya. They boost the attack, health and speed of the monsters.

Please give count me in....thank you

Thanks for this. Reblogging. I’m enjoying the Riftwing day more than I imagined.

You get me here with your Meme mate, awesome :)

This is a neat contest idea.

Thank you, good luck in the raffle.