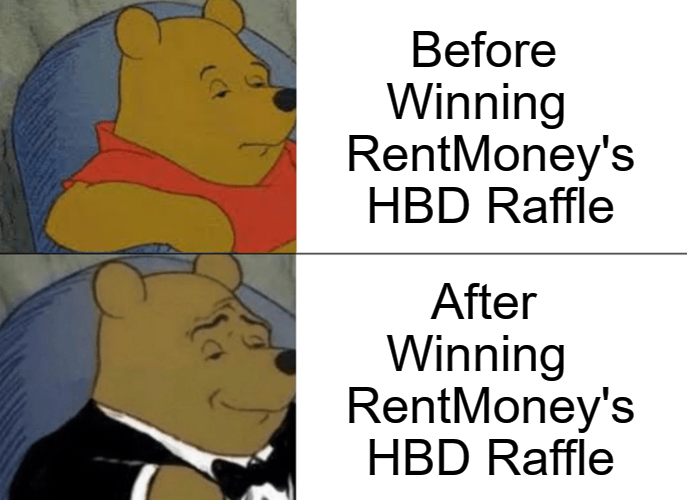 I'm giving away all the liquid HIVE Dollars this post generates via a free raffle. No upvote, Rehive or Follow required (Although doing one or all three is greatly appreciated). Last week we had well over 50 entries and I hope to improve on that number this week. Smash that upvote button and hit that reblog button. The more HIVENS that upvote and participate in this FREE RAFFLE the higher the potential rewards are for curators and the eventual winner. This HBD giveaway is becoming popular and because of that popularity we want to hand out even more rewards. Introducing our newest addition to the FREE HBD Raffle Reward Giveaway.

Our HBD raffle has some loyal participants that enter each and every week. Some of them have won multiple times (good job). I would like to reward such participants with an extra giveaway plus give them a chance to have their name etched in blockchain history (excuse the hyperbole). To get your name on RentMoney's HBD RAFFLE HALL Of FAME all you need to do is win this raffle at least three times. Doing so will award you with a free HBI Share. The rewards don't stop there, win this raffle five times and win an addition reward (what could it be?). Rewards and HBD HOF introductions will be retroactive. This means if you have already won the HBD raffle at least three times in the past your name will be added to our HOF list and your additional reward(s) sent to you within 36 hours. Now on to this weeks giveaway.

Having trouble deciding on what to reply with. Let me help you with that. Name any Splinterlands monster from the ORB set (try not to repeat monsters that others have already said). Don't play Splinterlands. No worries as always any comment counts towards a FREE raffle ticket. 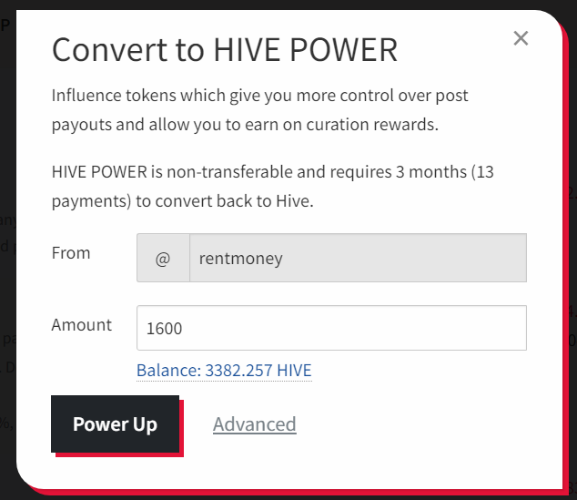 Notak likes his Actifit and Splinterlands. In this persons latest Splinterland post you can see Notak hitting the battlefield and going up against the dreaded llama. Read all about it here----> A win versus llama. Notak's Hive Profile says they joined this awesome network in June of 2020. Their latest Actifit post My Actifit Report Card: January 2 2022 displays near 17,000 steps taken (Well Done!). Every *week a new participant in this HBD giveaway will be randomly picked to be featured in the following weeks HBD giveaway post. If you would like to opt out of being featured please say so in your raffle entry comment. The liquid HBD earned from last weeks draw will be sent to last weeks winners within 36 hours. Good luck in this weeks raffle everyone. How about a piece of !PIZZA for a entry?

I don't play much splinterlands but still, my favorite card is Venari Wavesmith in the Bronze league, helped me a lot, not sure from which set it is.

Lets go for it @jakkal

Reblogged for the love. Cheers!

I've won once before, might as well try again

thank you for the HBD

please add my name in the draw, thanks
username - imfarhad

You made my day today.

Thank you for $HBD gift

The above would not of been my gif of choice !LOLZ.

lolztoken.com
You can never trust an artist
Theyre super sketchy
@hivegifbot, I sent you an $LOLZ on behalf of @rentmoney
Use the !LOL or !LOLZ command to share a joke and an $LOLZ. (4/6)
0
0
0.000
Reply

@cryptocopy 64
about 1 year ago

meme-ing it up, noice :D

lolztoken.com
OH NO!
You are out of jokes for the day!
@amaillo you can call @lolzbot a maximum of 4 times per day.
Level up by buying more $LOLZ so you can share more jokes per day!
0
0
0.000
Reply

lolztoken.com
OH NO!
You are out of jokes for the day!
@amaillo you can call @lolzbot a maximum of 4 times per day.
Level up by buying more $LOLZ so you can share more jokes per day!
0
0
0.000
Reply

Hey @rentmoney, here is a little bit of BEER from @kiel91 for you. Enjoy it!

Hey @rentmoney, here is a little bit of BEER from @bitpizza for you. Enjoy it!

Hahaha winning some HBD would definitely put a smirk on my face, not sure I'd buy a tuxedo with it though!

Hi @rentmoney, I wasn't aware of this contest, cool one by the way. Reblogged.

Wish you a nice New Year ahead.

My preferred monster is the Furious Chicken 😁

Reblogged, I am in

@thisismylife 74
about 1 year ago (Edited)

Let's give this a try. I had to give it some thought but not sure which cards fall under the orb collection. Tried to find that in the market, but no clear answer as it's all marked as promo collection. :)

Happy New Year
Goblin Chef and I am @tengolotodo

I am in, winning this will give me more HBD for my comedy contest

@amirtheawesome1, sorry! You need more $LUV to use this command.

@dandays that first line is so hurtful out of context lol!

lolztoken.com
What can you serve but not eat?
Divorce papers.
@amirtheawesome1, I sent you an $LOLZ on behalf of @rentmoney
Use the !LOL or !LOLZ command to share a joke and an $LOLZ. (4/6)
0
0
0.000
Reply

Even Winnie-the-Pooh becomes a businessman on the Hive blockchain. Of course I would like to join the raffle. I reblogged the post.

Have a nice day and have a nice weekend.
All the best. Greetings and much love from Hungary.

Thanks for having this giveaway!
Please count me in for the draw! I did reblog your post.
Cheers,
@andy-plays

Great raffle, can't believe I just found about it now. Count me in ✌️

I have re blogged this post and thank you for this contest. Happy New Year

Thanks for hosting!
Ign: stekene

I don't think I have used any orb monsters at all. So I guess it includes everything in that entire collection.

I could definitely use the HBD. Big things coming. I will REBLOG as well.
Thanks for what you do.

I am what i am and that is what i am.....thanks for the fun here is some !PIZZA for your mum.

Probably the Electric Eels. Happy New Year and thanks for these giveaways! !BEER

Thanks for hosting this, reblogged!

I'm in this time for sure !PIZZA

I love promotions that promote engagement.
Good Luck to everyone.

Just Here for the !PIZZA
@arkasz

Why not give it a crack

Thanks for the feature. Good luck everyone in the hbd prize

Love the concept, what a cool dude!

Again you come up with another meme that I'm enjoying too much 😂, I guess that's a meme talent!

I'm in! Always great to see this one.

lolztoken.com
A man tried to sell me a coffin today.
I told him that's the last thing I need.
@rentmoney, I sent you an $LOLZ on behalf of @hollowknightgod
Use the !LOL or !LOLZ command to share a joke and an $LOLZ. (2/4)
0
0
0.000
Reply

Hey @rentmoney, here is a little bit of BEER from @bitandi for you. Enjoy it!

My first comment here. Let's see how this works 😁

The below are tip tokens. You can find these tokens in your Hive-Engine wallet which uses your posting key for log in. Good luck on your journey here!

lolztoken.com
What’s blue and and smells like red paint?
Blue paint
@crkevincr, I sent you an $LOLZ on behalf of @rentmoney
Use the !LOL or !LOLZ command to share a joke and an $LOLZ. (3/6)
0
0
0.000
Reply

First time seeing this - yay - did I mention that I love Kitty, the Byzantine kind? 🤣

Me! Me!
Hmm ORB set... maybe Enchanted Defender! That thorns...

@methodofmad is in on this. And I am reblogging. @rentmoney

I love your trip!
and want my ticket!

This is my first time joining the contest. To make sure I didn't miss it I did it all, follow, reblog and like. 😁👍

Thanks for following, good luck in the raffle.

I hope i'm not too late in joining this contest hehe i followed, liked and reblogged this. :)

Not too late at all, good luck in the raffle. Just in time, good luck in the raffle.